The Mavericks are State Champions! 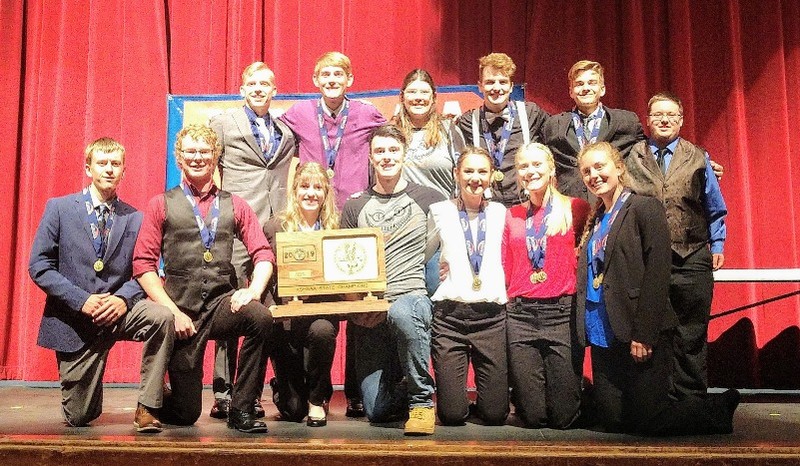 On Saturday, May 4, the Kiowa County High School Forensics team capped off an excellent 2019 season at the 1A State Championship Tournament and the Kansas State Festival, both held in Salina.

At State Champs, hosted at Salina Central High School, the Mavericks squared off against 38 other 1A teams from across Kansas, beginning with a 3-point lead after the first preliminary round and steadily increasing that lead during the rest of prelims, semifinals, and finals to win the State Championship with 353 points. Rosalia-Flint Hills was the State Runner-up with 239 points, and Pretty Prairie finished in 3rd Place as a team with 236 points. With a full team of entries, KC broke 14 of 16 events into the semifinals with 12 of those making it to Finals. Individual results are as follows:

Coach Kim McMurry stated: “I could not be more proud of these students, whether they competed at Champs or performed at Festival. They set some very high individual and team goals at the beginning of the season, and they worked hard to achieve every single one of them. I don’t know if they truly realize how gifted they are as performers and speakers, but I doubt they’ll ever forget our amazing 2019 State experience. We’re graduating 9 seniors, and we’ll definitely miss them, but we’ve got a lot to look forward to next season.” McMurry is assisted by Kim Stewart and Janet West.