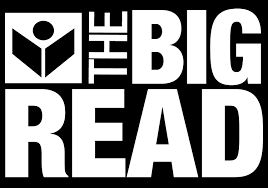 In the fall of 2016, English teachers from across the Southern Plains Iroquois Activities Association (SPIAA) met at South Gray High School in Montezuma, Kansas, in the classroom of Jill Deges at the SPIAA League In-service to develop a project that would involve the participation of the league’s member schools. At the suggestion of Minneola High School teacher Lorraine Kellner, the idea of hosting a SPIAA Big Read was developed. Harper Lee’s To Kill a Mockingbird was chosen as the common text, and a follow-up meeting was planned for the spring of 2017 at Fowler High School where participating schools determined that the SPIAA Big Read 2017 would begin the following fall and extend through the first quarter of the school year.

In order to ensure that the Big Read was more than merely a simultaneous reading of the book, the group designed a To Kill a Mockingbird project contest. Pam Rhodes of Bucklin took the lead on this project developing guidelines that would allow each participating school to enter up to five projects in categories that include non-fiction writing, creative writing, photography, web design, art, and sculpture. These projects are due by the end of the fall 2017 semester and will be judged in January 2018 with Award of Merit winners being recognized at the SPIAA league basketball tournament.

Culminating events for the SPIAA Big Read were also discussed at the spring 2017 meeting. Satanta High School teacher Ryan Burrows suggested that a leadership event targeting students who had read the book might be worth exploring. After hearing of the Anti-Defamation League’s (ADL) work with schools on its “No Place for Hate” campaign on National Public Radio, Burrows contacted Ayanna Boykins, Education Project Director, at the ADL regional office in Omaha, Nebraska. Boykins directed Burrows to information on the ADL’s “Promoting Empowerment in our World” (PEW) conference, an event with a 31-year history in Nebraska, and suggested that such a program could be brought to Southwest Kansas. November 18, 2017, was selected for the date of this event. At the suggestion of Kiowa County teachers Kim McMurray and Marshall Ballard, it was decided that SPIAA teachers bring their students to Greensburg’s Twilight Theatre for a viewing of the classic 1963 black-and-white movie version of To Kill a Mockingbird starring Gregory Peck. The date selected for this event was November 21, 2017, at 10:00 a.m. The Twilight subsequently planned a second complimentary showing of the film that same evening. Plans for the project contest, the PEW conference, and the movie day were solidified at an August meeting of the SPIAA English teachers.

Fundraising then began with Burrows adopting the role of grant writer. The initial grant for the SPIAA Big Read came from the Western Kansas Community Foundation (WKCF) of Garden City, Kansas, in the amount of $500. Centera Bank (with locations in three SPIAA communities: Satanta, Minneola, and Greensburg) added another $750 in support. Black Hills Energy (BHE) offered an additional $200 in support of the program. Burrows then reached out to Teaching Tolerance, a program of the Southern Poverty Law Center (SPLC). Teaching Tolerance added another $500 to the project’s overall budget. Finally, the Community Foundation of Southwest Kansas (CFSK) of Dodge City, Kansas, added another $500 to the total amount raised, bringing the project budget to $2,450. Three of these grants from the WKCF, BHE, and CFSK were secured by Dudley Township Library of Satanta, a key supporter of the project. A full accounting of these funds can be found within this report.

As November approached, SPIAA teachers were asked to to submit the names of the students who would be attending the conference. This invitation was later extended to area schools as room became available. Holcomb High School and Meade High School accepted this invitation to participate. Sixty-three total students signed up to participate in the conference along with 10 adult sponsors. Permission slips (including a permission to photograph) were submitted by all students for both the ADL and the SPLC. Ayanna Boykins and four presenters led the conference, which began at 8:30 a.m. with donuts, coffee, and juice. Students and their adult sponsors were then broken into two groups who worked on activities intended to heighten their awareness of stereotyping and overcome biases in themselves and their peer groups. Lunch, featuring enchiladas, rice, and beans made by Satanta resident Sofia Salas, was served at noon. Students then attended an hour of additional training on speaking out against stereotyes and taking a stand for social justice. The day ended back in the cafeteria for a final debriefing section that focused on connecting To Kill a Mockingbird to a life of empathy, compassion, and respect for differences. Led by Boykins, the session concluded with a group picture.

Many of these students would see each other again the following Tuesday, November 21, when their schools met at Greensburg for the movie day at the Twilight. The Twilight’s board of directors graciously offered each student a large pop/large popcorn deal for $5. These students could potentially meet once more at the January 2018 SPIAA Basketball Tournament where the top projects they created during their reading of the novel will be recognized and celebrated.