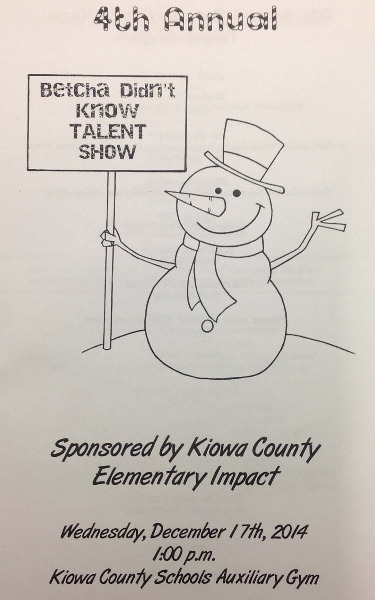 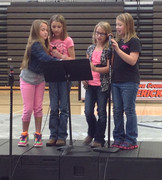 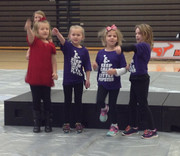 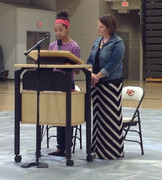 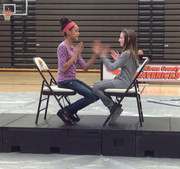 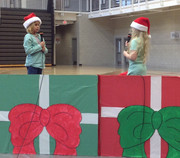 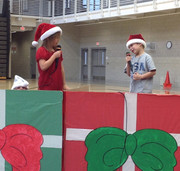 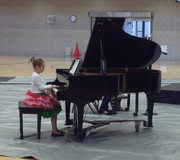 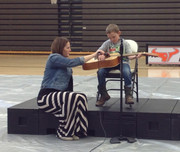 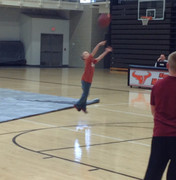 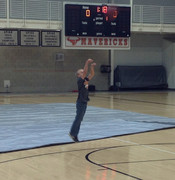 Click on the photo to see all of the pictures from the Talent Show.

Each year, the Elementary Impact students host the Betcha Didn't Know Talent Show.  The show, held on December 17th at 1:00 this year, was intended to be a safe environment for kids to test out little known talents in front of a relatively small crowd.  We invite the afternoon preschool class so when they become kindergarteners, they know what the talent show is.  And then, K-5 students are invited to enter the talent show and those classes are invited to attend.  Our last group of attendees are families of the performers.  We respectfully ask the JH and HS teachers not to bring over their classes so that we can give students experience in front of a crowd without the crowd being too big or intimidating.

In addition to the performers gaining confidence in a live setting, we also teach students about audience etiquette.  We discourage talking or stealing attention from the performer and we try to stay in our seats until a performance is finished.  We also know that it is sometimes scary to perform at a talent show and we want to applaud not only the performances, but also the courage it takes to participate.  Because of that, we teach the audience that when one claps, we all clap.  (Mrs. Headrick learned this phrase from Jara Wilson, a leadership trainer who now teaches in Cimarron.)  Whether kids participate or are just spectators, we learn about different facets of the KC Big 3--treat others right, make smart decisions, and maximize your potential.

Also, shout out to the KCJH Video Production Committee (and of course, Grant Neuhold) for filming and producing the talent show.  Those members are Reid R., Ashlind G., Kaden U., Koby W., Katie S., Makenna M., Tina B., and James O.  We will send information home to parents about talent show DVDs as soon as they are ready, sometime during second semester.

There were 18 performances this year, including comedy skits, small ensembles and solos, a piano duet and solos, some rhythm performances, basketball skills, a student whose first performance for a crowd on his guitar, among other things.  It's always a great day to see KC students doing their thing.  This year was no exception.  Thanks to the participants and parents who helped them prepare for the show!